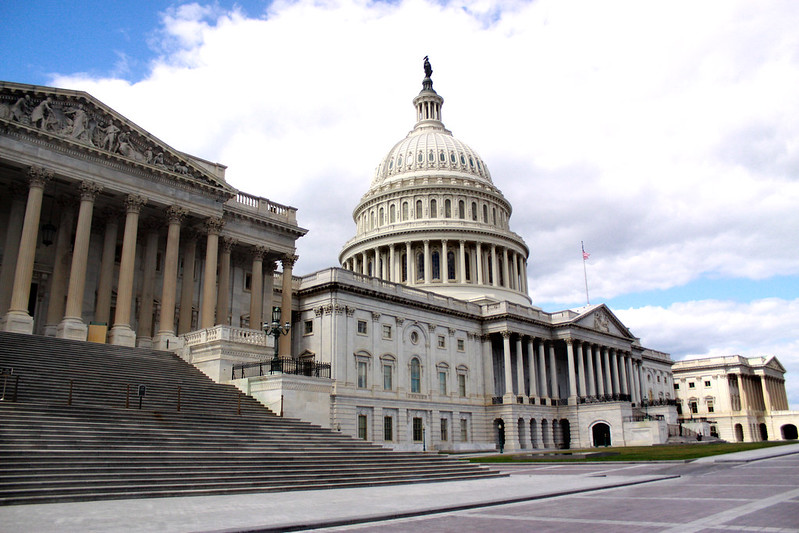 While the $23 billion will provide some relief, the state must still adequately and equitably fund colleges, particularly more financially vulnerable institutions.

There are many positive aspects of the federal stimulus package and budget, passed and signed over the holidays. The coupled bills offer helpful funding to public colleges and universities, but it’s incomplete; and with no state and local funding included in the bill, Illinois must make equitable funding decisions as it remains in a budget crisis.

This legislation also includes long-sought changes to the Pell grant, among other higher education-related provisions. Overall, Illinois can build on this response to support college students and institutions through the COVID-19 crisis.

$23 billion in aid to colleges and students

The headline of the bill is the $23 billion to be distributed among colleges and universities, a boost from the $14 billion provided in the March CARES Act. However, this is still just a fraction of the $120 billion requested by many leading higher education advocacy organizations, who estimate that $73.8 billion alone is needed to address COVID-19 on campuses. Far more is needed to cover the increase in students’ financial need this year, lost revenues from in-person events, and crucially, potential shortfalls in state appropriations.

The stimulus package not only provides aid to colleges and universities, it prioritizes equity in how it doles out these funds. The CARES Act had some equitable elements in its distribution, but Congress made further steps toward equity by more heavily weighting part-time students (who are more likely to be parents, essential workers, and students of color) in this stimulus package’s formula.[1] It also concentrated more funding on public colleges and universities by discounting the private colleges wealthy enough to pay the endowment tax in its formula, and limits their usage of funds to expenses directly related to the pandemic.

The budget bill included some much-needed improvements to the federal Pell grant program. It simplified the Federal Application for Financial Student Aid (FAFSA) form from 108 questions down to 36.[2] Technical changes to the “Student Aid Index,” a renaming of the much-maligned term “Expected Family Contribution,” will also qualify 550,000 additional students for aid, and 1.7 million more students will be eligible for the full award.[3] The award itself had a modest increase of $150, bringing the maximum grant up to about $6,500. This is still only about half of what Illinois university students end up paying for college, making the incoming Biden administration’s promise to double Pell that much more important.

The bill includes incarcerated students and students convicted of a drug-related offense in Pell eligibility, reversing a provision of the 1994 crime bill. It also restores Pell eligibility for students who have been defrauded by their college. This is an important step toward aiding students who have been victimized by for-profit colleges, but Illinois can do more to hold these colleges accountable, and stop giving taxpayer money to these institutions by phasing out MAP grants at for-profit colleges.

The stimulus package also includes $1.3 billion in flexible Governors Emergency Education Relief (GEER) funds, about half of the $2.75 billion provided in the CARES Act. If the distribution method to states is the same, Governor Pritzker will be able to allocate about $50 million toward education as he sees fit. PCC advises the Governor’s Office to similarly distribute about half toward higher education, and build on the equitable distribution of previous funding to not only include proportion and number of low-income students, but also consider the populations of Black and Latinx students that colleges enroll.

Finally, the bill gives a five-year extension for employers to be able to offer up to $5,250 in student loan relief tax-free to their employees. While this can help employers and some graduates, its benefits are limited and not likely to be very equitable. For this reason, PCC supports student loan forgiveness at the state and federal level that is more equitably targeted.

There are elements of this legislation that are concerning, however. More than $900 million is earmarked for for-profit colleges, which can be predatory, especially during economic crises (though they do receive less in this bill than in the CARES Act). It also does not explicitly state that undocumented students are eligible for funds, which was an omission from the CARES Act that allowed the Department of Education to inequitably exclude undocumented students from receiving emergency grants.

Further, this latest bill also does not offer loan forgiveness or continue the moratorium on federal loan payments, meaning that borrowers will have to continue making loan payments starting February 1. It also includes no aid for state or local governments, so appropriations to public colleges and universities will remain in jeopardy as the state suffers a $3.9 billion budget shortfall. Thus, while the $23 billion will provide some relief, the state must still adequately and equitably fund colleges, particularly more financially vulnerable institutions. This means instilling equity in distributing the GEER funding, as well as in any unavoidable budget cuts. For the Partnership’s full playbook on instilling equity in this crisis, see PCC’s recent blog post, as well as its Higher Education Appropriations: A Framework for Equity in Illinois report.

Update (1/19/2021): An earlier version of this blog post mentioned changes to the way that developmental education courses would count toward a student’s financial aid clock. The American Association of Community Colleges, in talking with congressional staff, has corrected this finding and confirmed that there will be no changes to the Pell grant as it relates to developmental education.