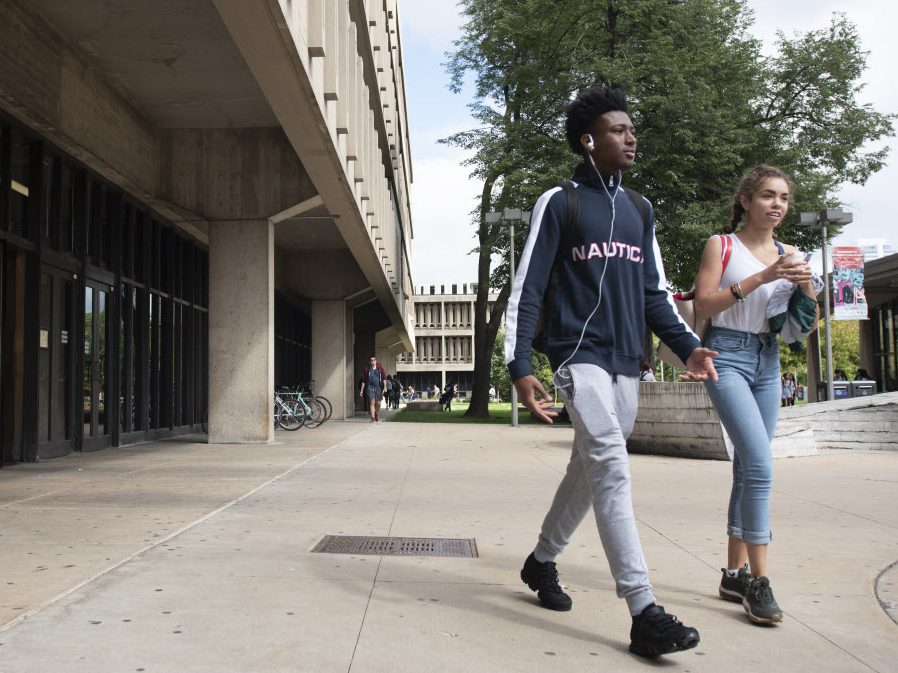 Patrick Birden-Didona graduated from DePaul University in 2015 with a bachelor’s degree in secondary education.

The Belmont Cragin native was supposed to graduate in 2014 but ended up having to stay for another two semesters. That extra year cost him $25,000 in loans — and he believes DePaul is to blame.

“A big reason why I had to attend DePaul for five years instead of four was because of bad advising,” Birden-Didona said. “Most kids had their parents help them navigate the college process. I didn’t have that same parental support, and the university didn’t do a good job in filling that gap.”

Birden-Didona’s experience isn’t unique: Research shows working class, first-generation college students of color from Illinois have, on average, a much harder time getting their associate’s or bachelor’s degrees than their white, wealthier peers.

That is why DePaul and two dozen other colleges and universities in Chicago and across the state have teamed up to help get more working-class students, particularly those who are black and Latino, across the finish line.

The Illinois Equity in Attainment Initiative is a new project from education non-profit Partnership for College Completion. It includes 25 of the region’s public and private two- and four-year colleges and universities that have pledged to end racial and economic inequities in graduation rates by 2025. The aim is to remove barriers that help keep students from getting their associate’s or bachelor’s degrees in a timely manner.

The steps the schools will take include: providing financial-aid plans tailored to low-income students, making colleges and universities more welcoming for students from underrepresented backgrounds and working to ensure that each degree path is clearly mapped out so students can get the courses they need to maintain timely progress in pursuit of their degree.

Lisa Castillo Richmond, managing director at the Partnership for College Completion, said the initiative was devised to tackle what’s known in education circles as the “college completion crisis” among low-income black and Latino students.

“We’ve seen an increase in college enrollment among black and Latino students and low-income students over the last decade, but the graduation rate for these students remains stagnant,” Richmond said. “We want to make sure there’s support for these students beyond just getting them through the door.”

Sixty percent of college students from Illinois graduate with an associate’s in three years or bachelor’s degree in six years, according to state data. But a student’s race and family income are key factors in whether a student will be part of that 60 percent.

Just 37 percent of low-income students from Illinois earn a bachelor’s degree in six years — half the rate of middle- and upper-class students, according to data from the Illinois Students Assistance Commission analyzed by Advance Illinois, an education non-profit.

Nivine Megahed, president of National Louis University, where more than 70 percent of students come from low-income households, the initiative is indicative of a broader movement to provide a high-quality education for all who seek it without requiring students to break the bank.

“The entire region has to step up and push for equity among higher education because it represents economic and social mobility for those who need it the most,” she said.

In August, the University of Illinois at Urbana-Champaign pledged four years of free tuition to admitted students who come from families with an income of less than $61,000 a year.

Birden-Didona, a social sciences teacher at Disney II Magnet Elementary School on the North Side, is eager to see if this initiative helps. He said while he “loved” his time at DePaul, he’s wary of the school’s commitment to guiding its working-class students of color throughout the entire college process.

“Is the [Illinois Equity in Attainment Initiative] going to be a genuine effort to improve the lives of poor students or just a publicity stunt?” he asked. ” … I guess we’ll have to wait and see.”

In a statement, DePaul said it offers “many resources” and “academic support services” and operates a Office of Multicultural Student Success to work with first-generation college students.

“DePaul is committed to the retention, persistence and graduation of all our students, and to eliminating the achievement gaps that exist for marginalized college students,” the statement said. “As a collective result of our efforts, DePaul’s retention and graduation rates are well above the national average and the outcomes for our first-generation and low-income students are on par with the rest of the student body.” 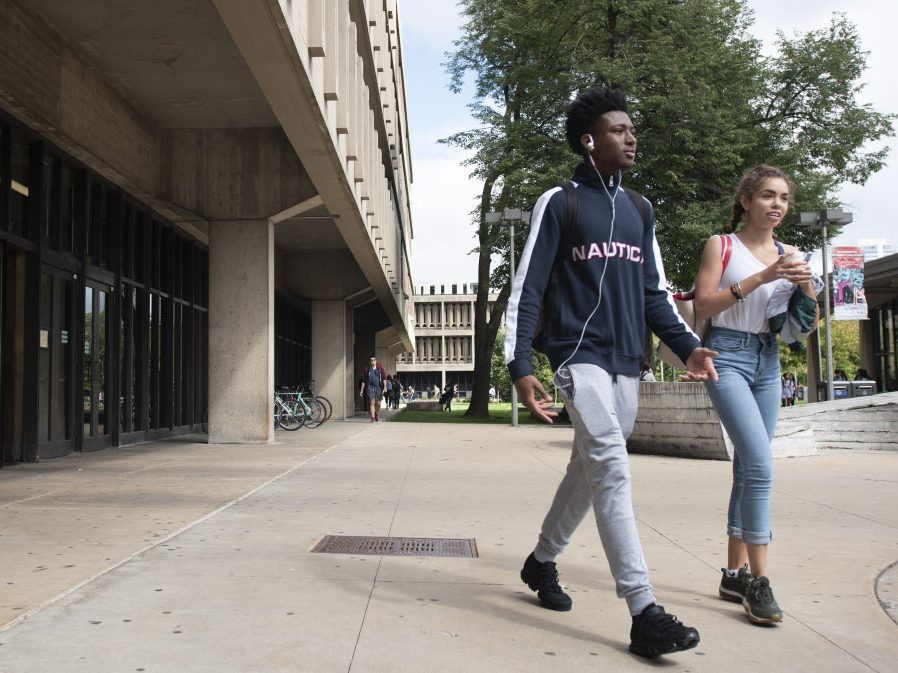