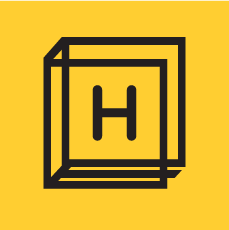 Editor’s note: This story led off this week’s Higher Education newsletter, which is delivered free to subscribers’ inboxes every Thursday.

Illinois is in a league of its own when it comes to state spending on higher education. It spent 32 percent more per full-time equivalent student, after adjusting for inflation, in 2018 than it did in 2008 – far more than any other state, according to the Pew Charitable Trusts. This spending is particularly noteworthy because 40 states spent less on higher education in 2018 than they did before the Great Recession.

Many would think the more money a state has, the more it can spend on postsecondary education. Meeting the financial needs of low-income students, for example, should be easier. But Illinois students who are the most disadvantaged – typically those from low-income households or underrepresented minority groups – are not being adequately served, according to data from the Partnership for College Completion, a regional group that works to help more students complete college in the Chicago area. Their newly released report, “Priced Out: Black Students,” shows that black students in Illinois colleges and universities are getting the short end of the stick financially.

When black students leave college in Illinois, it’s often with higher debt than their white peers, too. About 38 percent of black graduates owed more than $15,000 while just 23 percent of white students owed this much.

The state’s overall investment in higher education has increased in recent years, but Illinois has failed to allot enough money for student aid, said Kyle Westbrook, executive director for the Partnership for College Completion.

“Tuition is going up at the time that the state’s need-based aid has remained flat,” he said.

Since 2002, he said, the state has appropriated fewer and fewer dollars toward the Monetary Award Program, a need-based grant for low-income Illinois students. That year, every student who was eligible for MAP received aid. Now, “about 43 percent of the students who were eligible don’t even receive awards,” Westbrook said.

With less state aid available, black students are being left behind.

The students in the state who are least able to pay, who are disproportionately black, are either not attending college at all, taking out loans or going to for-profit schools that don’t provide the same value, Westbrook said.

So where is all that higher education money going? To pension funds.

The state is making up for years of disinvestment into its higher education system’s pension funds, said Andy Carlson, vice president of finance policy and member services at the association.

“There’s only so much money to go around,” Carlson said. “A choice has been made because they’re constitutionally obligated to fund the pension program.”

The pot of money for higher education needs to get bigger, Westbrook said, but the state must also prioritize equity when delivering its appropriations.

There is hope, however, that more students will soon receive MAP, which currently has a maximum award of $5,340. Illinois Governor J.B. Pritzker announced this month that he plans to increase the funding for MAP by 50 percent over the next five years.

“We want to make sure that as the state is reinvesting in our public institutions that we’re reinvesting in a way that is smart, targeted and equitable,” Carlson said.

This story about higher education funding in Illinois was produced by The Hechinger Report, a nonprofit, independent news organization focused on inequality and innovation in education. Sign up for the Hechinger newsletter.

The Hechinger Report is a national nonprofit newsroom that reports on one topic: education. Sign up for our weekly newsletters to get stories like this delivered directly to your inbox.