Following regular meetings through two smaller workgroups, the Commission on Equitable Public University Funding met for the first time since May on September 1 to discuss the findings from the workgroups as well as hear from a panel of students across the state of Illinois who discussed their experiences in higher education.

As part of the meeting, the Commission invited students from public universities across Illinois to participate in a panel discussion about their college experiences and what it would take to make college more equitable for all students. State Senate Majority Leader Kimberly Lightford moderated the conversation.

During the panel, the students each had the opportunity to share their personal journey and why they decided to pursue higher education with many citing family as their inspiration.

For Romeo Bell, seeing his mother live with cerebral palsy while providing for her children inspired him to pursue a Rehabilitation and Disability Studies major so that he can offer support to those living with disabilities.

Ash Ebikhumi shared that his mother instilled the importance of education in him from a young age after she immigrated to the United States from Egypt and faced struggles after her degree didn’t transfer.

Each of the students shared that they felt pursuing higher education was their best path to a better future for themselves and as a means to provide for their families. They said that they feel fortunate to have the resources they need to continue their education and emphasized the importance of affordability when it came to making the decision on where to go.

Levina Cherry, a student at Chicago State University (CSU), said that seeing her son graduate from CSU helped inspire her to return to school following being laid off from her job so that she could continue to provide for her children.

The panel shared ways they believe higher education in Illinois can become more equitable as well.

Dorcas Brou emphasized the importance of including growing inflation and the cost of living when thinking about how Illinois can ensure students have the resources they need to afford to live in the area of their school, adding that the Commission should continue to hear from students as it works towards an ultimate recommendation for funding public universities in Illinois.

Similar to other panelists, Mohammed Haq said that while he has been given the resources and support he needs to thrive, he understands there are many students out there who do not receive the same support as him. He emphasized that the state should prioritize expanding funding so that every student who needs it can afford their education.

Currently, the workgroup is focused on identifying evidence based practices that support student access, retention and success. Through reading the available research and participating in robust discussions, the group found that the student centered concepts of Instruction and Student Services along with an institution’s Research and Public Service mission are key components for this portion of the equitable funding model.

Student services being emphasized include both academic and non academic supports, which can be described as follows:

Core instructional program costs, such as compensation and faculty-student ratios

Representative Katie Stuart agreed that prioritizing student needs is extremely important to the success of the future funding model, but additionally emphasized the need to ensure that there continues to be funding for the different services and experiences that institutions in less populated areas provide to their communities. President Freeman concurred with Stuart’s point, explaining that NIU was able to help out families within the community at the height of the pandemic.

As the group continues to meet and refine its work, they plan to incorporate the commission’s feedback into its future meetings along with taking a look at other components of the adequacy portion, such as Mission and Operations and Maintenance.

They will next meet on September 22.

Chicago State University President Zaldwaynaka “Z” Scott, Esq. and Partnership for College Completion Executive Director Lisa Castillo Richmond spoke next about the work of the resources workgroup, which has been reviewing different funding resources available to institutions and discussing how equity must be centered in these vehicles.

Types of resources the group has discussed include:

Both Scott and Castillo Richmond said the workgroup wants to ensure that equity is at the forefront when it comes to this aspect of the equitable funding model, despite the often vast differences in resources for various institutions. The group agreed that ultimately, institutions must be able to factor in a state commitment as part of their resources when it comes to serving students so that they can better plan for and serve student needs.

Similarly, without a funding model, the resources at institutions can vary greatly, making it harder for equity to occur across campuses, participants raised. Workgroup members said that they will consider this as they move forward with assessing how these differing amounts of resources influence student success.

Scott and Richmond also discussed the need to look more closely at non appropriated funds, which include revenue institutions receive that isn’t earmarked for any particular expenditures. They emphasized that more research is needed in order to better understand how universities are using funds from services including government grants and contracts, private grants and contracts, endowments, auxiliary such as residence halls, food services, parking facilities, educational departments, and hospitals.

During a conversation about recruiting out-of-state students to attend state universities, Deputy Governor for Education Martin Torres  emphasized the importance of supporting Illinois’ public institutions as a destination for students from across the country as well as international students. Torres added that bringing students from around the world to study at Illinois institutions will help the state economy in the long run.

Similar to the Adequacy group, the resources workgroup will meet on September 22 to continue their work.

University of Illinois at Urbana Champaign Professor Jennifer Delaney offered her own thoughts on the adequacy portion of the funding model, highlighting the need for further explanation as to how adequacy can align with the missions of many higher education institutions within the state.

Delaney added that no university in the state has a mission fully focused on the student because other functions, such as research and teaching and learning, are similarly important with synergies between the two, often offering institutions opportunities to serve communities that they might not have otherwise.

The Commission will meet again on December 12 to hear updates from the adequacy and resource workgroups. Ultimately, these two groups will inform a technical modeling workgroup that will bring recommendations to the Commission for the equitable funding model. These meetings are all open to the public and crucial to the future of higher education in Illinois.

About this Blog Series

Established in 2021 by SB815, the Commission on Equitable Public University Funding charged with researching, modeling, and ultimately recommending specific criteria and approaches for an equity-based higher education funding model for Illinois’ public universities. Click here to Learn more about the passage of SB815 and creation of the Commission. 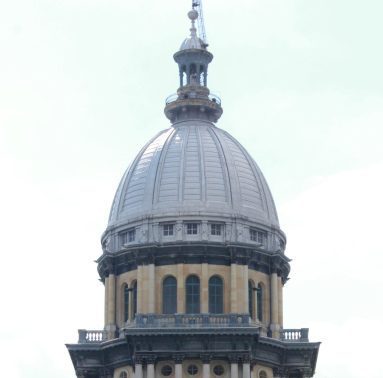 In the journey to the July 2023 deadline when the Commission makes its recommendations to the state, public comment about the urgent need for an adequate, equitable, and stable funding model for Illinois’ public universities will be crucial.

Please join the next commission meeting on December 1 in order to have your voice heard on this issue. In the meantime, you can also share this tweet and discuss why you believe higher education matters in Illinois on social media.