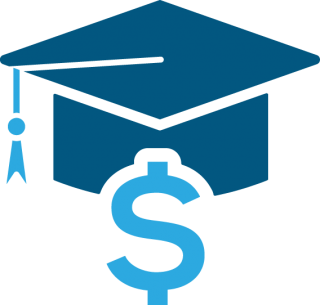 The AIM HIGH grant pilot program, Illinois’ new merit-based financial aid program, intends to slow the exodus of Illinois’ high school graduates leaving to attend college in other states. The University of Alabama and the University of Nebraska, for example, like other universities in neighboring states, are offering Illinois students attractive merit-based financial aid packages that make leaving home for college an enticing option.

Due to Illinois’ continued disinvestment in higher education, the two-year budget impasse, and declining enrollment in many of the state’s four-year institutions, our state universities have had to rely more heavily on tuition increases to cover costs. Combined with the decreasing purchasing power of the need-based grant Monetary Award Program (MAP), Illinois colleges and universities have not been able to match the financial aid packages offered by out-of-state schools.

The legislature provided some guidelines for grant eligibility. At a minimum, to be eligible for an AIM HIGH award, students must be an Illinois resident, file a FAFSA, have a household income of no greater than six times the national poverty guideline—approximately $150,000 for a family of four, meet a minimum GPA or admissions test score as determined by the university campus, and enroll full-time. Each university campus can add additional “reasonable” eligibility criteria.

While this infusion of new money into our higher education system is commendable, as pointed out by Eric Jensen, President of Illinois Wesleyan University, in his recent op-ed in the Chicago Tribune, “The problem with allocating more merit-based aid when fighting an enrollment crisis is that merit-based scholarships favor students who can afford college anyway.” Since MAP has not kept pace with tuition increases, over 50% of MAP-eligible students who otherwise might enroll in college do not receive a MAP award and those who do, often still have a significant gap between what aid covers and their true college costs. As a result, many MAP-eligible students may not be getting the financial support they need to attend college.

Fortunately, AIM HIGH gives universities one tool with which to address out-migration while being mindful of the affordability crisis Illinois’ low-income students and families are facing throughout the state. Since the grant program gives institutions the discretion to determine how AIM HIGH funds will be allocated among all eligible students on their campus, universities have the opportunity to prioritize access for the neediest students first. In addition to delegating scholarship funds amongst a racially diverse range of students, institutions should allocate the largest awards to students with the lowest Estimated Family Contribution (EFC). By filling in where MAP awards are falling short, or are absent altogether, the AIM HIGH grant program can be leveraged to increase enrollment and persistence for our state’s low-income students, whose alternative may be debt, or in the worst cases, nowhere at all.